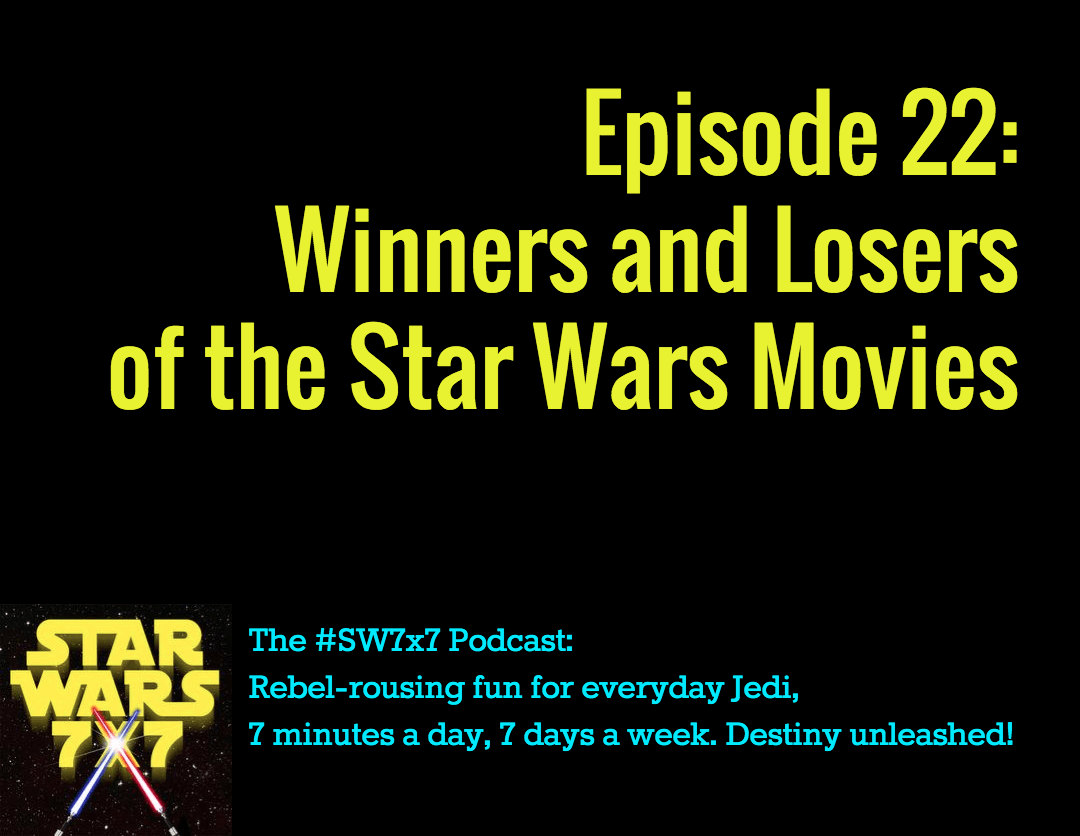 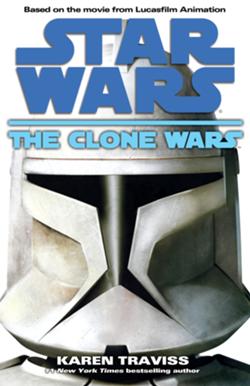 Six years ago today, the novelization of the Star Wars: The Clone Wars movie came out, and what’s cool about this is that it’s based on early drafts of the movie, not the final cut. Check it out to see what could have been!

R2-D2 Lunch Bag With Lights and Sounds – click the pic!

Force Feature: Winners and Losers of the Star Wars Movies

So two things kind of slammed together in my mind as I began thinking about the next set of episodes for Star Wars 7×7. First was the idea of winners and losers. Every story has them, and we’re growing used to mainstream media reporting everything from world affairs to red carpet fashions in terms of winners and losers. Not so appropriate for world affairs, but certainly awesome for entertainment like Star Wars.

The second idea came from talking to Star Wars fans since the podcast launch, and how the experience of the movies now is so different from what it was when they first came out. There was, after all, a time when you and I had only seen one movie at a time, so we didn’t live in the full existence of all of them at once.

In fact, I’d love to hear your thoughts about what life was like when you’d only seen part of a full trilogy, and you were waiting for the next installment. What did you find yourself obsessively thinking about, wondering about, hoping would happen next? Please share in the comments section on the post for this episode at SW7x7.com.

But back to the thing, which is that I wanted to explore that unique feeling of being in the middle of the story. And so for the next set of episodes, we’re going to talk about winners and losers of the Star Wars movies.

This begs the questions, what’s a winner, and what’s a loser? Well, what we’ll tell you is true…from a certain point of view. Which means that someone could be a winner AND a loser at the end of a given movie. For example, let’s take Yoda at the end of Star Wars. He’s a winner in that his master plan to have Luke and Leia split up and raised in secret worked like a charm. Even better than planned, because they grew up to not only hate the Empire, but also to strike the Rebellion’s first significant blow against it. He must have been so proud of them, if pride wasn’t a Dark Side quality.

He’s a loser, though, in that Luke and Leia came to Vader’s attention way too early, before they could be trained as Jedi and prepared to fight Vader. He probably freaked out a little less about Leia, because at least Bail Organa had the sense to change her name. Why didn’t Kleig and Owen and Beru change Luke’s name to Luke Lars, anyway?

But let’s say all this Death Star stuff didn’t happen. What was the original plan? Yoda would have sent Force-ghost Qui-Gon to tell Obi-Wan that it was time to reveal to Luke some of his true abilities and destiny, right? To train Luke without attachments to anyone in the Rebel Alliance, so that he could become the pure ascetic Jedi who takes down Vader and raises the new Jedi Order. Instead, at the end of Star Wars, Luke has all these very personal attachments, thanks to his intense experiences. Not the best Jedi-making scenario.

Again, we’re just looking at this from the perspective of Star Wars itself, without the rest of the movies. And yes, I purposely picked Yoda for this example because he’s not in Star Wars. That way, I wouldn’t spoil the fun of talking about the characters that are actually in the movie!