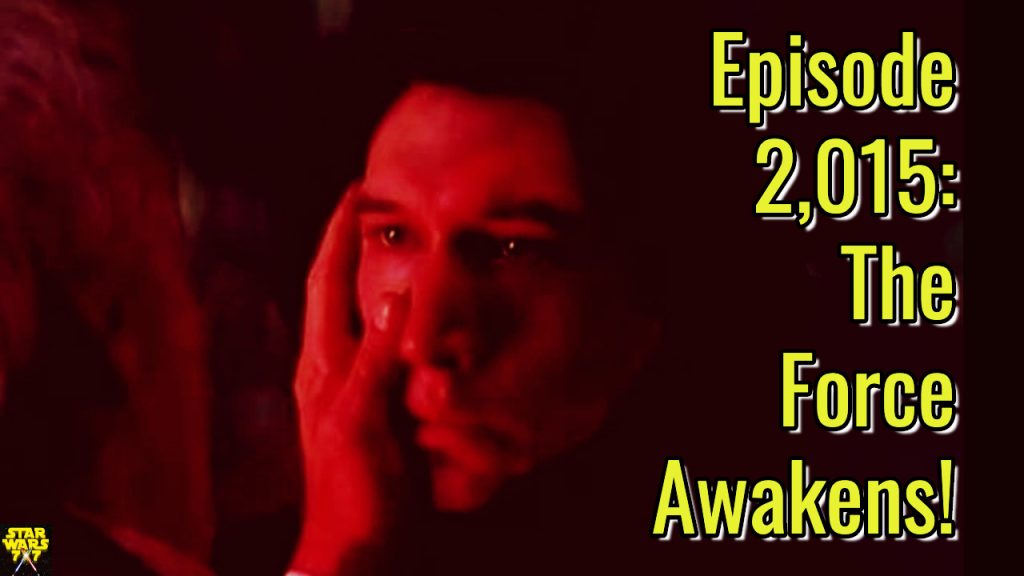 And here we go! As with the episodes that corresponded to the years of release for the Original Trilogy and Prequel Trilogy movies, we’re now about to enter the final run of episodes focused on the theme of family in the Star Wars movies. Today, The Force Awakens is on tap.

We’ve talked on the podcast before about how many, MANY of the story beats from The Force Awakens mirror those from A New Hope. Well, it turns out that, seen through the lens of family, there’s a similarity between the two as well. Both movies feature people from broken families banding together to achieve one great victory against a galaxy-threatening evil.

The primary difference is that The Force Awakens is much more overt about putting family front and center as a driving element of the story and its character arcs. The most significant reference to family you get in A New Hope is Obi-Wan telling Luke that Darth Vader killed Luke’s father. Meanwhile, Rey’s waiting for her family to return to Jakku, flagging the possibility that her lineage will prove significant; Kylo Ren is the estranged child of Han and Leia; Han and Leia themselves are estranged; and Leia has spent years searching desperately for her missing brother.

We’ll discuss the finer points on today’s show, including two other cast members for whom family plays a significant role. Ultimately, this is the most brutal Star Wars movie to all of its characters, as seen through the lens of family. Punch it!