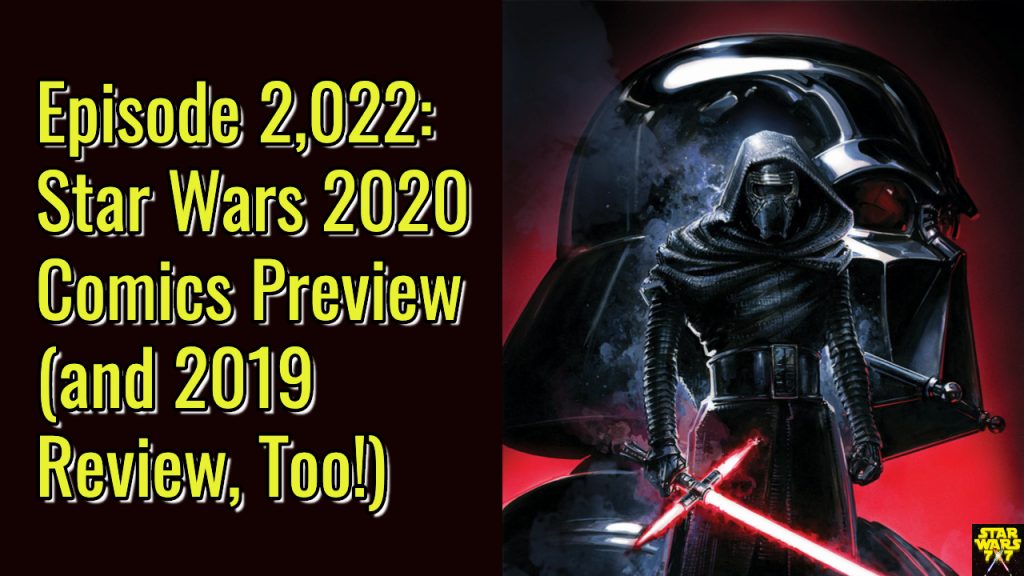 2019 was a big transitional year for the Star Wars brand. Not only was it the year that saw the end of the Skywalker Saga, it also saw the end of a couple of long-running comic series. The flagship Star Wars title ended its first series, set between A New Hope and The Empire Strikes Back. And the wildly popular Doctor Aphra series that spun off from the first Darth Vader series also ended. Yikes!

On today’s episode, we’ll talk about what’s coming next for Star Wars, Aphra, and Vader, as well as other existing series and miniseries. Also, there’s even more time with announced situations than there is for the books! But based on past history, I can make some guesses – some reasonable, some less so – about what’s to come. Punch it!