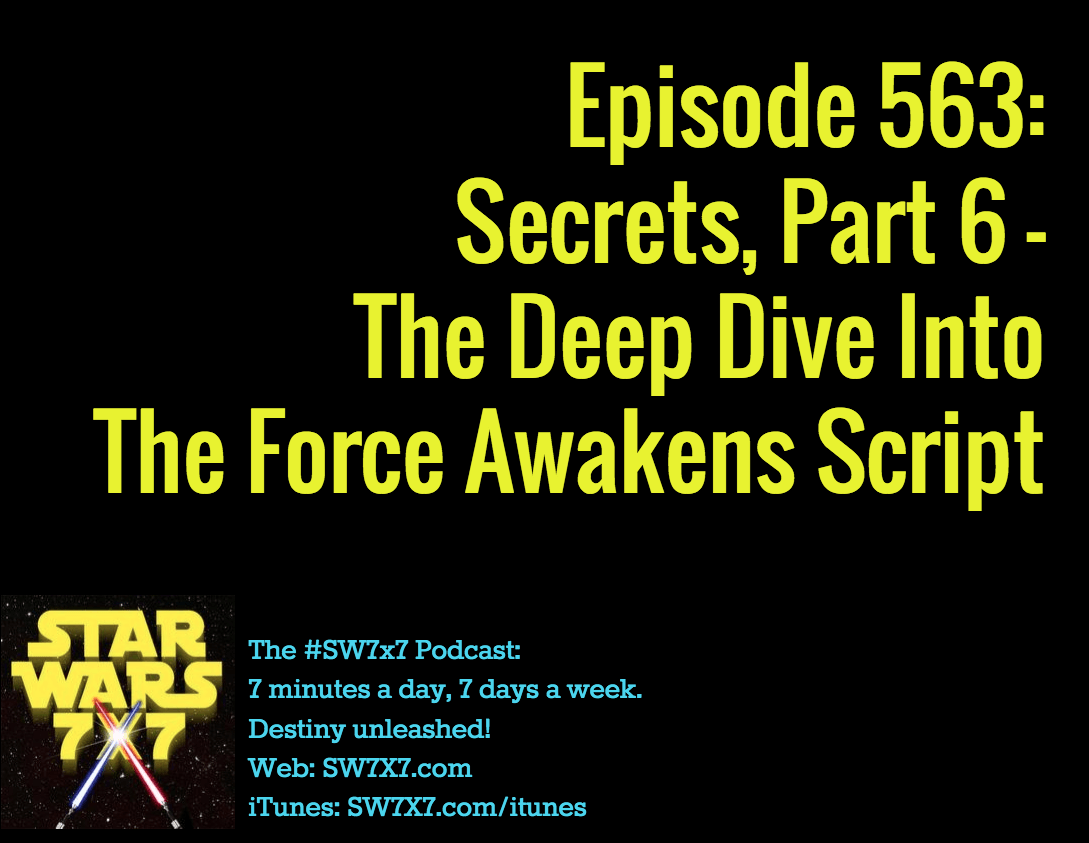 Welcome back to our series examining the secrets of the script from Star Wars: The Force Awakens! All our time will be spent on the Eravana on today’s episode. That’s the freighter run by Han and Chewie for their rathtar hunting job. And in addition to rathtars, we’ll also be talking about:

>>King Prana, the buyer of the rathtars

>>The Guavian Death Gang and Kanjiklub

>>What we know about rathtars and the Trillia Massacre

Today’s question: Name the two other parties who had possession of the Falcon before it came to Unkar Plutt.