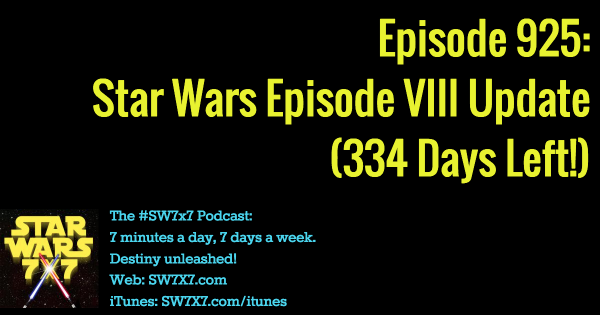 It’s time for our first standalone Episode VIII update of the year! And – I realized this after I recorded the episode – today marks the official OMG-11-months-until-we-see-Episode-VIII-in-theaters moment!

In today’s episode, I’m covering Adam Driver’s interview with Larry King; Tom Hardy addressing the rumors of his presence as a Stormtroper in Epsiode VIII; and Rian Johnson’s interview and Episode VIII features as revealed in two separate stories on the site.

Today’s question: Who lowered the shields on Starkiller Base, thus enabling the X-wing attack?