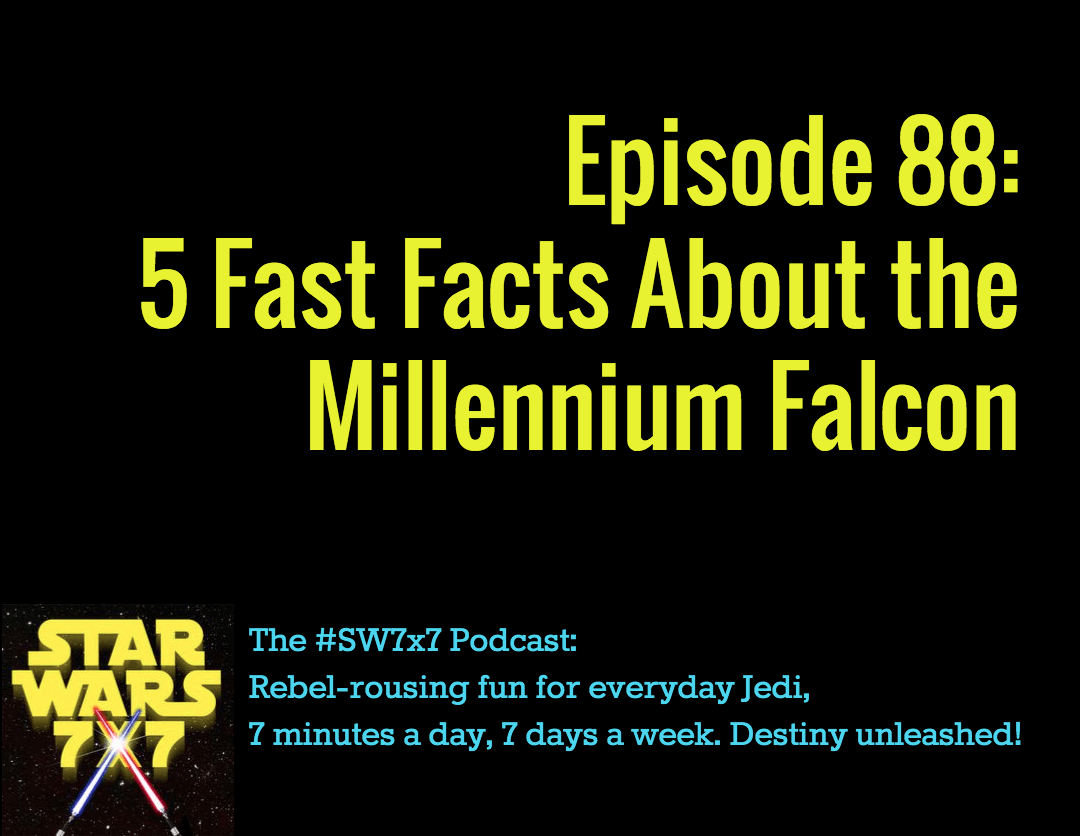 I just read a list of the top 25 fictional spaceships, and you probably wouldn’t be surprised to know that the Falcon topped the list. Then I looked at a British list of the top 51 spaceships, only to find that the Falcon placed third, behind the TARDIS, of all things. Well, what you expect from the British, right? Home field advantage! No offense, Whovians, but it’s not really a spaceship, is it? I mean, I know it can go anywhere in the universe, but it’s more properly a time machine, as far as I know. My mom’s a Whovian, though she’d never call herself that, so you can thank her for what little I know about it.

And for all you browncoats out there, Serenity, which came in second in Britain, can trace its heritage straight back to the Falcon. Which isn’t a bad thing. Great show that met its ending far too soon. But I digress.

The Falcon is the be-all, end-all spaceship in Star Wars, the only one that matters. The fact that it’s still in operation 30 years after Return of the Jedi, in the timeframe of Episode VII, shouldn’t have come as any surprise the moment we knew Harrison Ford and Peter Mayhew had been cast. That it was the source of Harrison Ford’s injury is either strangely ironic or a portent of evil, as far as I’m concerned. Of all the ways he could have broken his leg – or whatever it was that happened, the media never seemed to agree, and no official sources were shedding much light on it either – to have it be the door of his old ship is just too cruel to imagine.

Of course, I’m saying “his ship,” but as many of you know, it was Lando’s before Han won it in that fateful card game. And as many of you might not know, it had a storied history even before then. I know some of what you’re about to hear is technically non-canon, since the Lucasfilm story group declared that only the movies and TV shows are canon (except for the Star Wars Holiday Special – there always has to be an exception). But all the same, some of these facts blew me away.

1. It was manufactured 60 years before the Battle of Yavin (BBY). And when you consider that the last of the old canon books, chronologically speaking, took place in 44 ABY, you realize that the Falcon is really 100 years old! Lookin’ pretty good for an antique.

2. It’s had more aliases than you can keep track of. Heck, it’s a smuggler’s ship, of course it does! Confirmed aliases for the Falcon include:

3. Neither Han nor Lando christened it the Millennium Falcon. That honor went to Zenn Bien, after he stole it with the help of two Rebel agents, Quip Fargil and Luufkin, in the time between Revenge of the Sith and A New Hope. Incidentally, that’s the time range that Star Wars Rebels is working within, so maybe we’ll get to see it again…

4. Lando only owned the Falcon for two and a half years. I’ll bet that shocked him as much as it did me when I read it. He won it in 5 BBY and lost it to Han Solo in 2.5 BBY. And Lando won it the same way he lost it, in a sabaac game on Cloud City.

5. And you thought it was quirky on the outside! There’s no way to explain or summarize this, so here’s the verbatim from Wookieepedia:

The myriad ship control functions were funneled through what was once a Hanx-Wargel SuperFlow IV computer. It has since been modified with three droid brains, which caused the Falcon to have schizophrenic arguments with itself, although the brains nonetheless work together during emergencies. The droid brains were cannibalized from a military-issue R3-series astromech droid, a V-5 transport droid, and a corporate espionage slicer droid.

Wow. Just wow. Now it’s your turn to drop some knowledge. What’s your favorite fun fact about the Falcon? Let us know at Facebook.com/sw7x7! 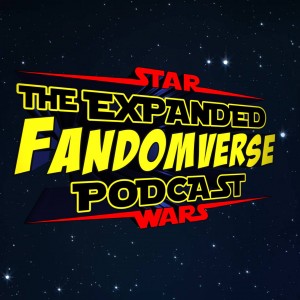 This one today is actually about me, in a way! I’m honored to be the guest on the latest installment of The Expanded Fandomverse Podcast, which debuts today on iTunes, Stitcher, and at their website. The goal of their podcast is to find people who are expressing their fandom in unique and creative ways, and sit down and talk to them about their projects, and about Star Wars in general. I had a great time recording it with co-host Tim McMahon on Saturday, and I hope you’ll check it out for more behind-the-scenes glimpses of the podcast, and a “Trench Run” game that…well, you’ll just have to listen for yourself!