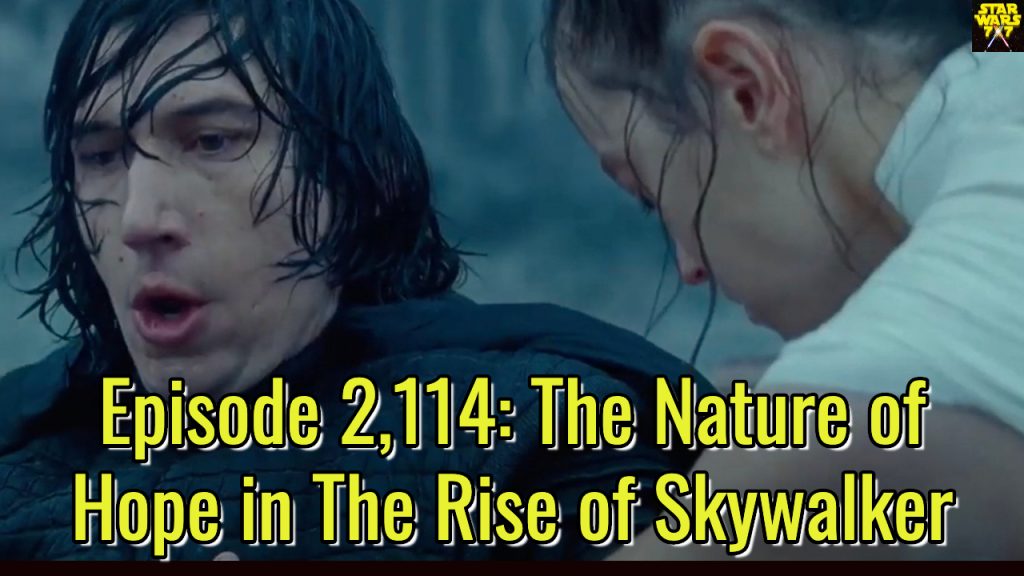 In this, the final formal installment in our series of looks at the Star Wars movies through the lens of hope, we’re talking about the last movie in the Skywalker Saga, The Rise of Skywalker. It’s interesting to note that, similar to Return of the Jedi, the movie starts off in a very reversals-of-fortune way, which is the kind of storytelling form prescribed by screenwriting guru Robert McKee in his popular book Story and his famous seminars.

From the hope perspective, it bears a closer resemblance to Rogue One. The odds of success are so slim, and the task is so massive, that the only way to keep hope alive is to focus on the next task, and the next, until they succeed. As we talk about this on today’s episode, we’ll also talk about the difference between hope and its related but comparatively selfish cousin, ambition; the innate hopefulness of heroes, and how that hopefulness is necessary to “light the spark” in good people who don’t internally generate that attribute; and a big-bang hope moment that sets The Rise of Skywalker apart from every other Star Wars movie. Punch it!