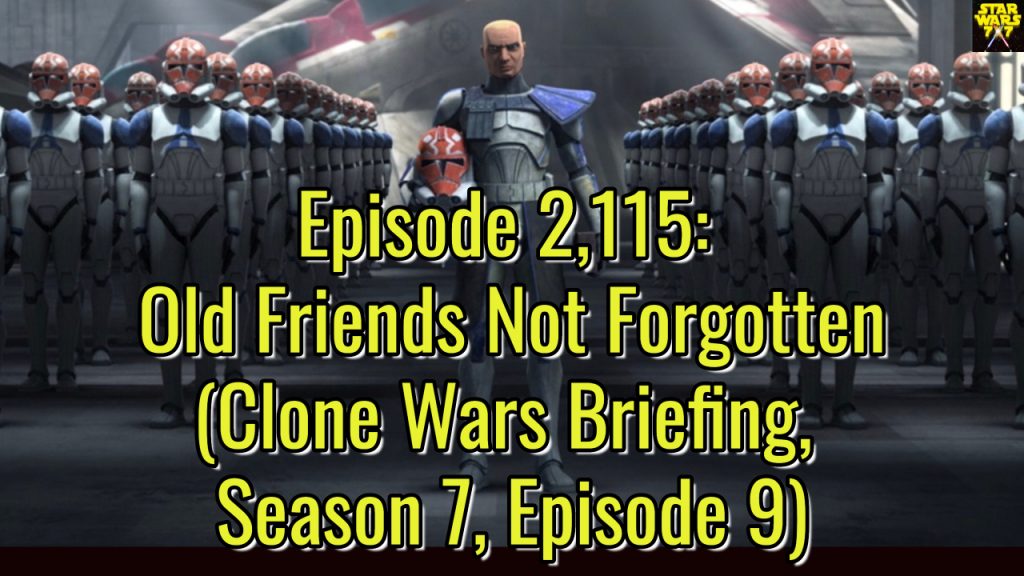 This is what we’ve all been waiting for, and Dave Filoni and company do treat it as a special event. “Old Friends Not Forgotten” kicks off the final story arc of the final season of the Clone Wars, the Siege of Mandalore story arc, the one that connects the TV series with Revenge of the Sith, and also launches Ahsoka Tano into her post-Clone-Wars adventures.

From the moment we got the “Lucasfilm Ltd.” opening to the red text “Part I” title screen, and the jump into the narrator’s opening without a moral/fortune cookie before it, we know we’re in different territory. And as the episode progresses, we can see the cinematic scope and scale to which this arc is rising.

I will say – and I’ll say it in detail in today’s episode – that I’m having a bit of a challenge with the moment that is supposed to be the BIG emotional moment in this episode. It’s based on reasons we’ve discussed in previous episodes, but let’s talk about it and see whether it’s just me, or whether you were feeling the same way. That said, as usual, there’s a lot to recommend the episode. The action is great, and there’s nothing in the episode that feels like it didn’t need to be there to tell the story. And that includes the opening sequence, which doesn’t bear on the story arc itself (at least, as far as we can guess), but certainly re-grounds us in the nature of this war and its Jedi players. Punch it!