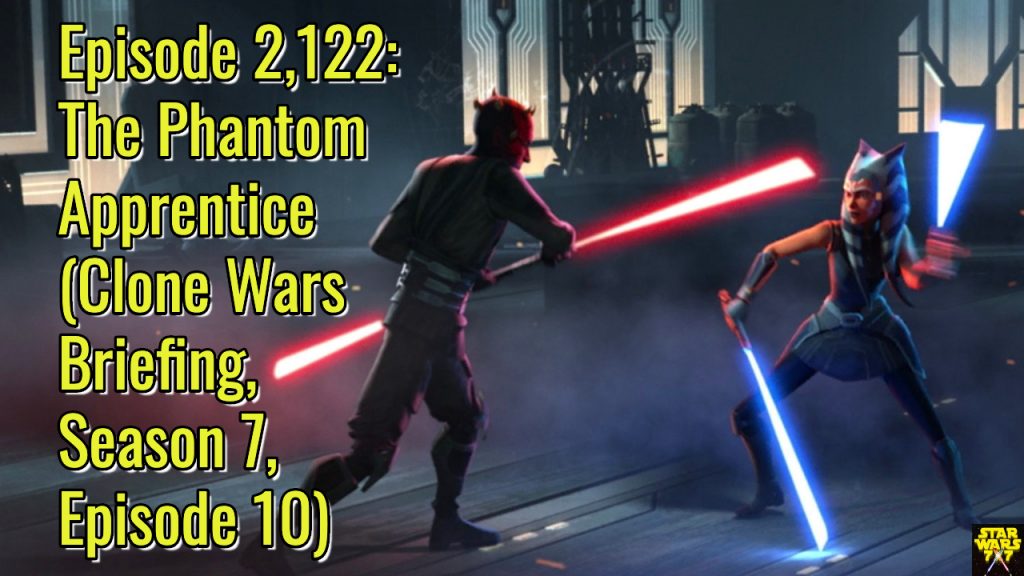 “The Phantom Apprentice” is the 10th episode from season 7 of the Clone Wars, and is indeed the crowning achievement for the series. The writing is top notch – especially the monologues of Maul, and Sam Witwer does a tremendous job with them. The lightsaber battles are a cut above anything else – and in fact, they are, as the credits list Ray Park as “Maul Performance” and Lauren Mary Kim as “Ahsoka Tano Performance.” So this was more than animation – it seems it was closer to motion capture.

There’s so much to talk about in this episode, and in all honesty, I’m probably going to do a second one because even now, having recorded it already, there’s still so much to tell. But this is a good start, and includes notes about how some of the best Star Wars storytelling rhymes with itself, and this one rhymes with both Original Trilogy and Sequel Trilogy moments… Punch it!