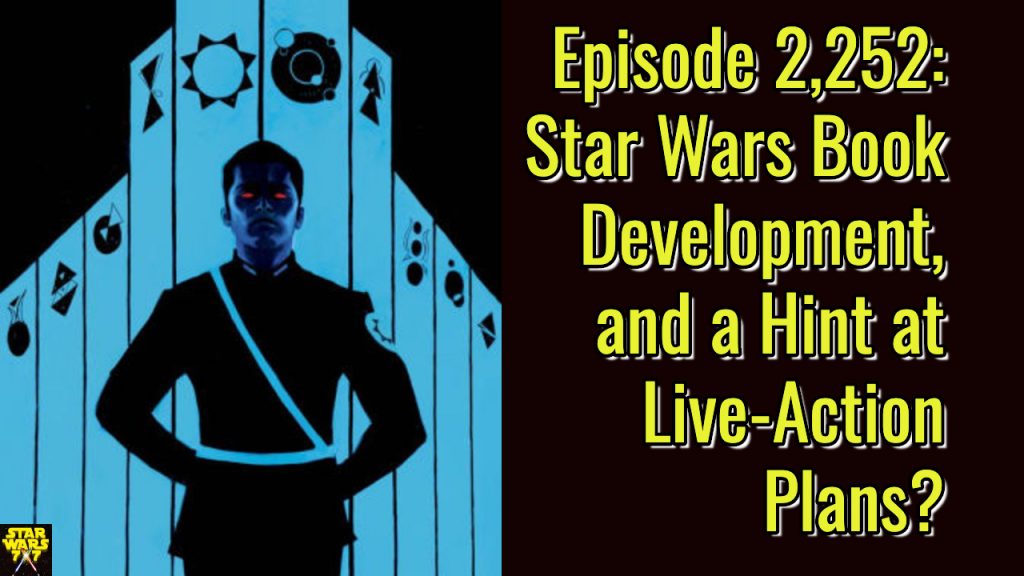 On the occasion of the publication of the first novel in the new Thrawn trilogy – Star Wars: Thrawn Ascendency (Book I: Chaos Rising) – author Timothy Zahn took to his Facebook page to share some behind-the-scenes details. Here’s an excerpt:

With the post-REBELS era still locked down, Del Rey and LFL came up with a plan for me to write three books set in the Chiss Ascendancy that would predate Thrawn’s arrival in the Empire. By the time I heard about these discussions, everyone was already on board, which meant I didn’t have to pitch or plead or cajole. All I had to do was say yes. (Or rather, “Heck, yes.”) Even better was the fact that I was being given three books right from the get-go, the first time since the original Thrawn Trilogy that had happened.

On today’s episode of the show, we’ll talk about how his comments dovetail with recent Star Wars author interviews here on Star Wars 7×7, and what that post-Rebels era lock down could be about. For the record, the only other time I’ve heard of an era being locked down was when George Lucas told everyone to stay away from the Clone Wars, because he had future stories he wanted to tell within that era… Punch it!