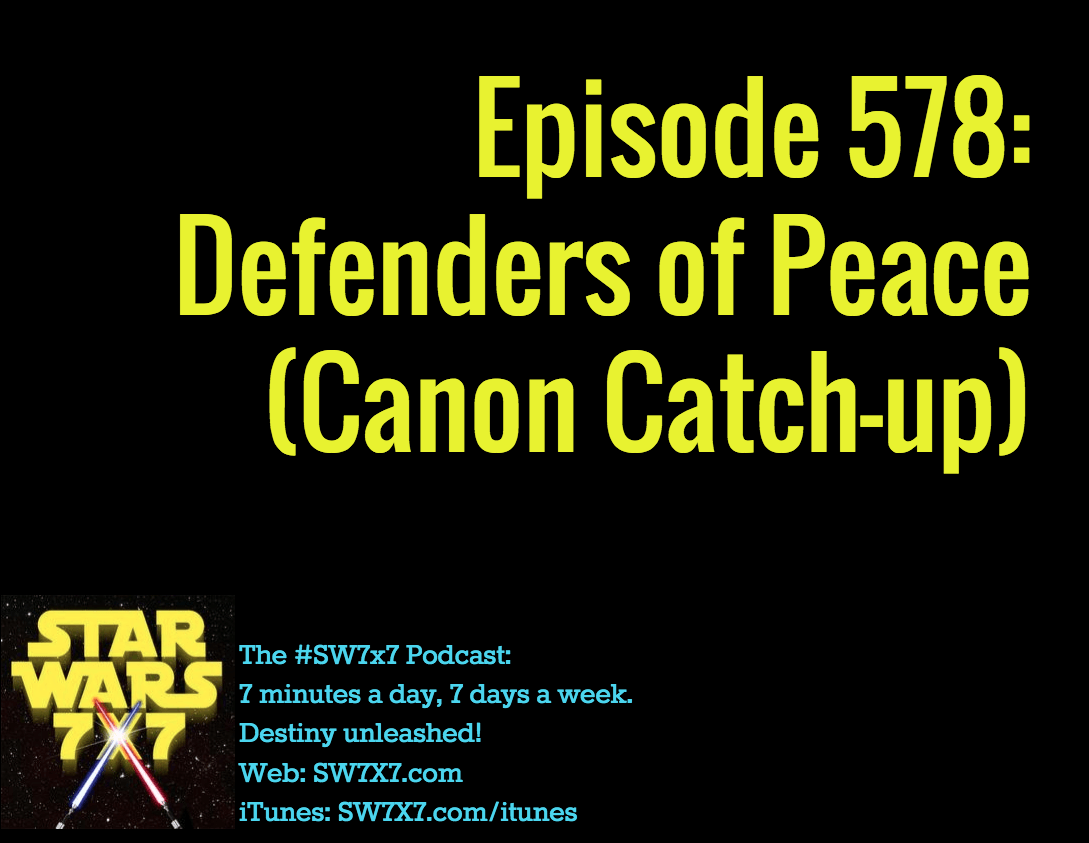 We’re back with our Canon Catch-up series! Today we’re talking about Season 1 Episode 14 of Star Wars: The Clone Wars.

The peaceful Lurmen escaped to an uncharted world to avoid war – but it came to them anyway. They reluctantly allowed Anakin to be healed by their healer, but when the Separatists came on an unrelated mission, the Jedi first tried to leave the Lurmen alone, thus following the Prime Directive from Star Trek. Ironic, really, that the Neimoidian general who shows up is played by George Takei – Sulu from the original Star Trek. Small world!

Today’s question: How many First Order shuttles went down to Jakku to secure the map piece from Lor San Tekka?